Bond length alternation is a chemical phenomenon in benzene rings fused to other rings, which has been mainly predicted theoretically. Its physical origin is still not clear and has generated discussion. Here, by using a strategy that combines microwave spectroscopy, custom‐made synthesis and high‐level ab initio calculations, we demonstrate that this phenomenon is clearly observed in the prototype indazole molecule isolated in the gas phase. The 1H‐indazole conformer was detected by rotational spectroscopy, and its 17 isotopologues resulting from single and double heavy atom substitution (13C and 15N) were also unambiguously observed. Several experimental structures were determined and, in particular, the most useful semi‐experimental equilibrium structure (reSE), allowed determination of the heavy atom bond lengths to milli‐Ångstrom precision. The experimentally determined bond length alternation is estimated to correspond to 60:40 contributions from the two resonant forms of 1H‐indazole.

This paper has been accepted by the Chemistry-A European Journal.

Share
Previous Pierre Çarçabal came to Bilbao!
Next Emilio J. Cocinero will give a talk at “Centro de Astrobiología” 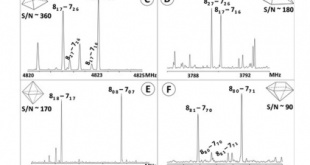 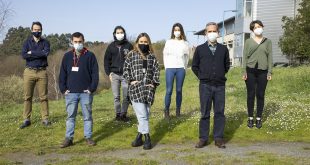 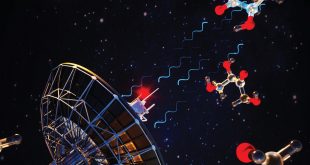